It’s no shocker that a break up is hard to do, and when they’re down, women tend to shop. After all, what better way to move on and find a new love than to rock a new dress or fab pair of pumps? It may be a temporary boost to your spirits, but it is a permanent dent in your savings. Researchers found that women who shop after a break up spend more money than on any other shopping trip, including Christmas, payday, bikini season, new fashion season, etc. The average splurge for the 2,000 women studied on a post break up spree was $72 (43 pounds).

Some other noteworthy findings:

• Nine out of ten women admit mood affects how much spend on shopping
• Over half of women will avoid shopping if in a particular mood
• Three out of ten women shop online first thing on payday
• They spend an average of $48 on these sessions
• Other reasons for mood-driven shopping are to calm down after a fight, after a bad day at work, and boredom

While women are just as likely to put away money for retirement as men, they are still significantly behind in total savings. Total savings in IRAs in 2012 averaged $139,467 for men and only $81,700 for women, or about 58% of what men held. Some of the factors thought to contribute to this disparity include the wage gap and women investing in joint accounts with their husbands.

Worth noting: the estimated wage gap for women is thought to be at 23%, which does not make up for the disparity. Joint accounts can be solely in the name of the husband, but not always. What is truly troubling with these numbers is that women tend to live longer than men, and therefore need more savings.

Some other noteworthy findings:

What Does it all Mean?

If you are a women, spending and investing wisely are the two key essential parts to building a portfolio and retiring. With women less likely to spend wiser and invest more, this trend can have dire consequences in the future.

And if you are a woman or anyone in the Houston area concerned about your future, investments, retirement, etc., give us a call or contact us.

Retirement Planning at a Younger Age

4 Ways Women Can Get Rich Slowly With A 401K

6 Mistakes In Your 401K You Should Never Make

Let Your Kids Know That Their Credit Is Their Power!

Do You Know How to Maintain Your Good Credit? 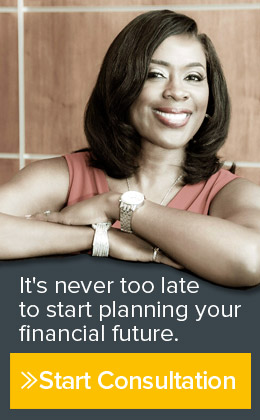